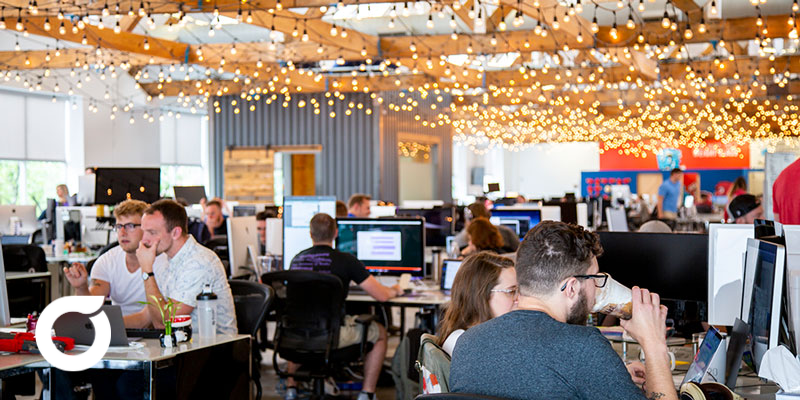 AI healthcare startup Olive just announced they raised $106 million in funding, led by an equity investment from General Catalyst and Drive Capital, along with Ascension Ventures, Oak HC/FT and SVB Capital. This brings Olive’s total funding to $220 million to date.

Headquartered in Columbus, Olive is a top startup that’s creating an AI healthcare workforce, built to automate repetitive, frequent tasks and workflows. Over 600 hospitals, including 22% of the top 100 health systems in the U.S., have adopted Olive’s AI workforce.

Global healthcare demands have rapidly and necessarily increased because of the pandemic, which has made Olive’s AI workforce all the more important—hospitals and healthcare systems can operate more efficiently, up revenue, and focus on providing amazing healthcare for people.

“The AI workforce is the biggest impact to health systems in our lifetime,” Sean Lane, CEO of Olive said in a press release. “Olive has become a piece of critical infrastructure for hospitals and a trusted, reliable product that expands human capacity at a time when resources are more precious than ever. The AI workforce has become the ‘new normal’. And while we are excited about this latest investment, we’re just getting started.”

Despite the pandemic putting a pause on many venture capital deals since March, Olive has continued to grow both financially and operationally. At the end of March, not long after stay-at-home orders were put in place across the country, Olive announced they secured a funding round of $51 million. In 2020, the company has grown to over 360 employees, adding 67 new members just in August.

“Monolithic offices are dead,” said Sean. “We have adapted incredibly well since becoming a distributed, virtual team. We seem to be gaining momentum, and employees are finding new ways to connect every day. Olive is now embracing The Grid: a growth plan where we don’t all have to be physically together to be a highly successful company.”

To be “On The Grid” means you’re actively working wherever you feel the most productive. If you can drive the company mission forward from the office in Columbus, great. If you prefer to do that from a cabin in the woods, you go for it. Many companies are adopting more remote models like this, and it’s helping Olive pull top talent not just from Columbus but from Detroit, Chicago, and other growing tech hubs in the region.

Which is all part of their mission to cut a trillion dollars in healthcare costs and help people get back to taking care of people.