Living, working & finding purpose in the Midwest as a Boomerang: Lindsey Kilbride 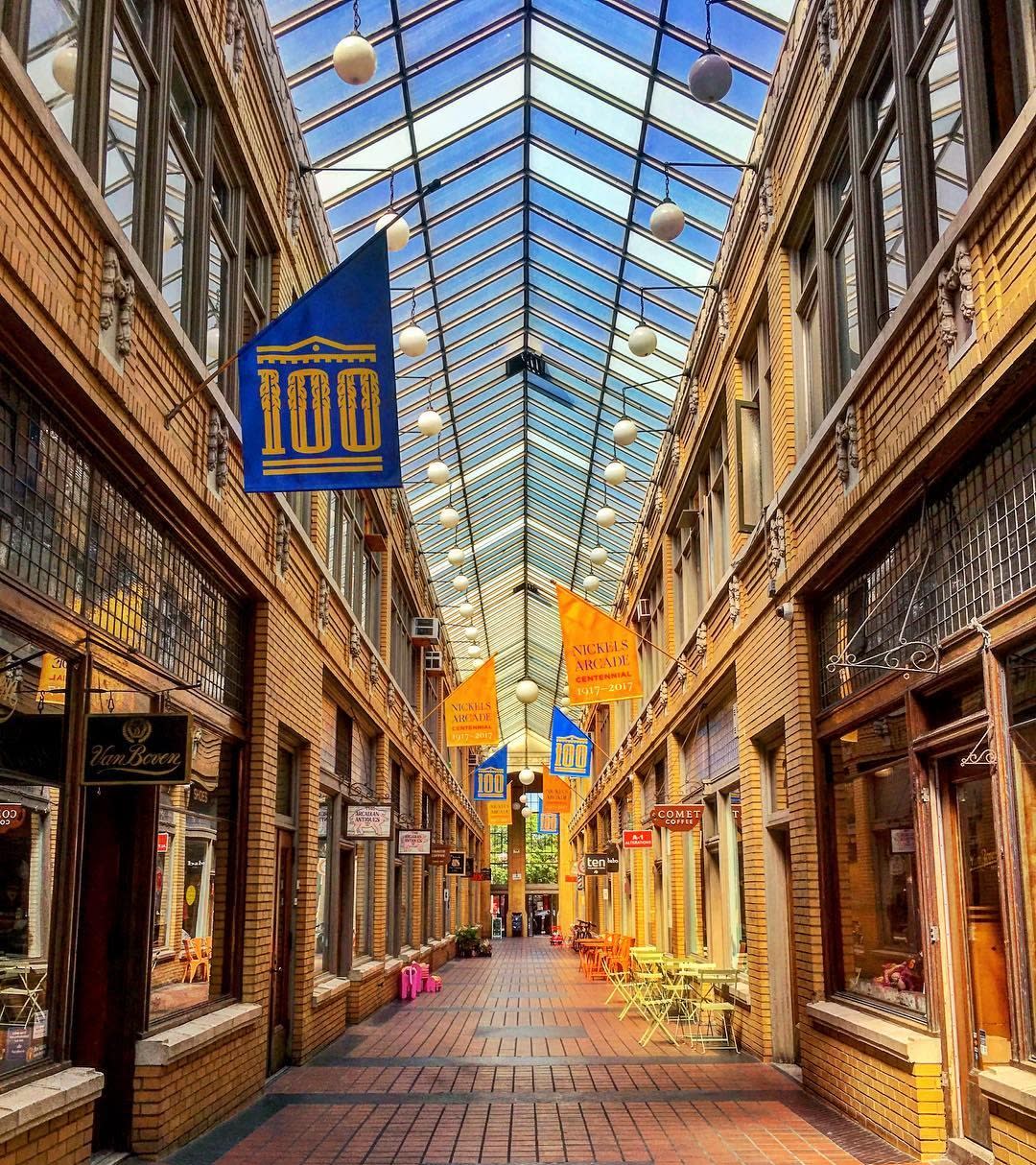 This is the second blog in a three-part series on startup leaders finding success living and working in the Midwest.

If you left your busy city for your hometown during the pandemic, you’re not alone. A Pew Research report found that 52 percent of people ages 18 to 29 moved back home with their parents because of the pandemic. While some are moving back to their cities now, many are choosing to stay.

Because of that, plus the growing opportunities in the Midwest, people are finding the region to be a wonderful place to live, work, and put down roots. Or maybe replant the roots they once had.

My first conversation was with Lindsey Kilbride, the co-founder of a new media startup, Shopflix. Early to the trend, Lindsey moved back to Ann Arbor in 2018. 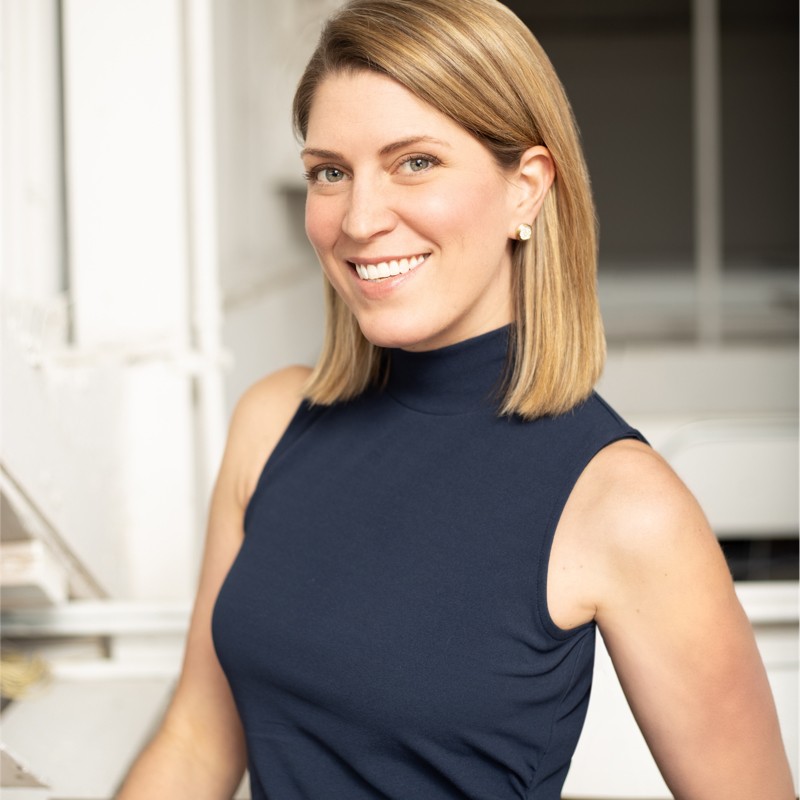 You can have your cake and eat it too: on growing a Midwest startup and living in Ann Arbor

Lindsey has always been a Michigander, but her work has taken her across the country. Growing up in Shelby Township, Mich., and having family in the auto industry (as many of us Michiganders do), she went to the University of Michigan to study industrial engineering and math and took on internships at GM. After graduation, she moved out to Chicago to be a consultant at Bain & Co.

While in Chicago, she took a hard left turn into sales when she attended a women’s luncheon. “It was absolutely a Mary Kay recruiting event, and I was into it!” Lindsey said. She had been traveling a lot for work and was looking for a community, especially for women. She started selling Mary Kay and 6 months later was driving a pink Cadillac and had matched her Bain salary.

“What I found was that I loved working in an entrepreneurial setting — being able to build something from scratch, selling, recruiting, and making a business plan. But while I may have been affecting change in my own circle, I was never going to affect change at a company level at a 50-year-old multi-billion dollar company,” Lindsey said.

So she looked for something new and joined Trunk Club, a men’s styling startup co-founded by Brian Spaly, who was also the founder of Bonobos and a native Ann Arborite. This was Lindsey’s first foray into the startup scene, and she joined as one of the company’s first employees to build out their sales efforts. That was in 2010, and in 2013, she headed down to Dallas to open Trunk Club’s first expansion office. In 2014, the company was acquired by Nordstrom, and Lindsey stayed on to grow their sales until 2018. After Trunk Club, she became a consultant, helping startups with sales and becoming profitable.

“What I realized after I left Trunk Club was that I wanted to take control of my destiny. I was seeing what was happening in Detroit, looking at all the different opportunities in the Midwest. I knew I wanted Ann Arbor to be my home base,” Lindsey said.

So in 2018, Lindsey and her husband bought an old farmhouse on six acres of land and moved to Ann Arbor. While this move wasn’t because of the pandemic, it echoes what many people discovered: they wanted to be close to family. Lindsey had three very young kids at the time, so being closer to home was more important to her than having a short commute.

That’s more true now than ever, as many companies are choosing to stay remote. Lindsey herself has co-founded Shopflix, a demonstration network where brands tell their story. The company is headquartered in Chicago with a small team of employees both there and in Detroit.

“We originally wanted to move back to be closer to family, but being a part of the resurgence of Detroit and connecting with people in Detroit and Ann Arbor has been great,” Lindsey said. “The job opportunities seemed more flush in Detroit and Chicago. There are tons of startup and VC firms investing in entrepreneurs here.”

As an entrepreneur herself, Lindsey said she found the Detroit and Ann Arbor startup communities to be helpful and welcoming.

“I was pleasantly surprised by how happy people were to help. People were eager to help me make connections with other cool people, and that’s just something that doesn’t always happen,” Lindsey said. They were also excited that she was a boomerang; they wanted to support her and make sure her move back to the region was successful.

It’s this kind of support that has helped Lindsey and her team raise just shy of $1.7 million in a pre-seed round from local investors.

“We were really deliberate about building Shopflix in the Midwest. There’s a lot of opportunity here and a lot of talent in the media space. We’re really excited about it,” Lindsey said.

Lindsey said there’s also a lot of cool things happening in Detroit. It feels like a different city than when she was a kid. Being in Ann Arbor, she’s only a 45-minute drive from the city, and also gets to be a part of the Ann Arbor community.

“Don’t get me wrong: you could get decent land down in Dallas for pretty cheap. But it’s about the quality of life. We love our old farmhouse. I wouldn’t be able to have this in other cities,” Lindsey said.

“Plus, there’s a lot of culture in Ann Arbor. Great food, lots to do, great arts and theater, sports, and you can get anywhere in 15 minutes. It feels like a small town with world class amenities,” Lindsey said. “Plus, I feel like I’m super flexible living here in a way that I wasn’t in other cities. It’s easy to get anywhere. I can be at the Detroit Metro Airport and be in the security line in under an hour and fly pretty much anywhere.”

For Lindsey, living and working in the Midwest felt like the perfect balance: “You really can have your cake and eat it, too,” she said.