Not Just Flyover Country: Why the Midwest is Home to the Next Big Tech Scene 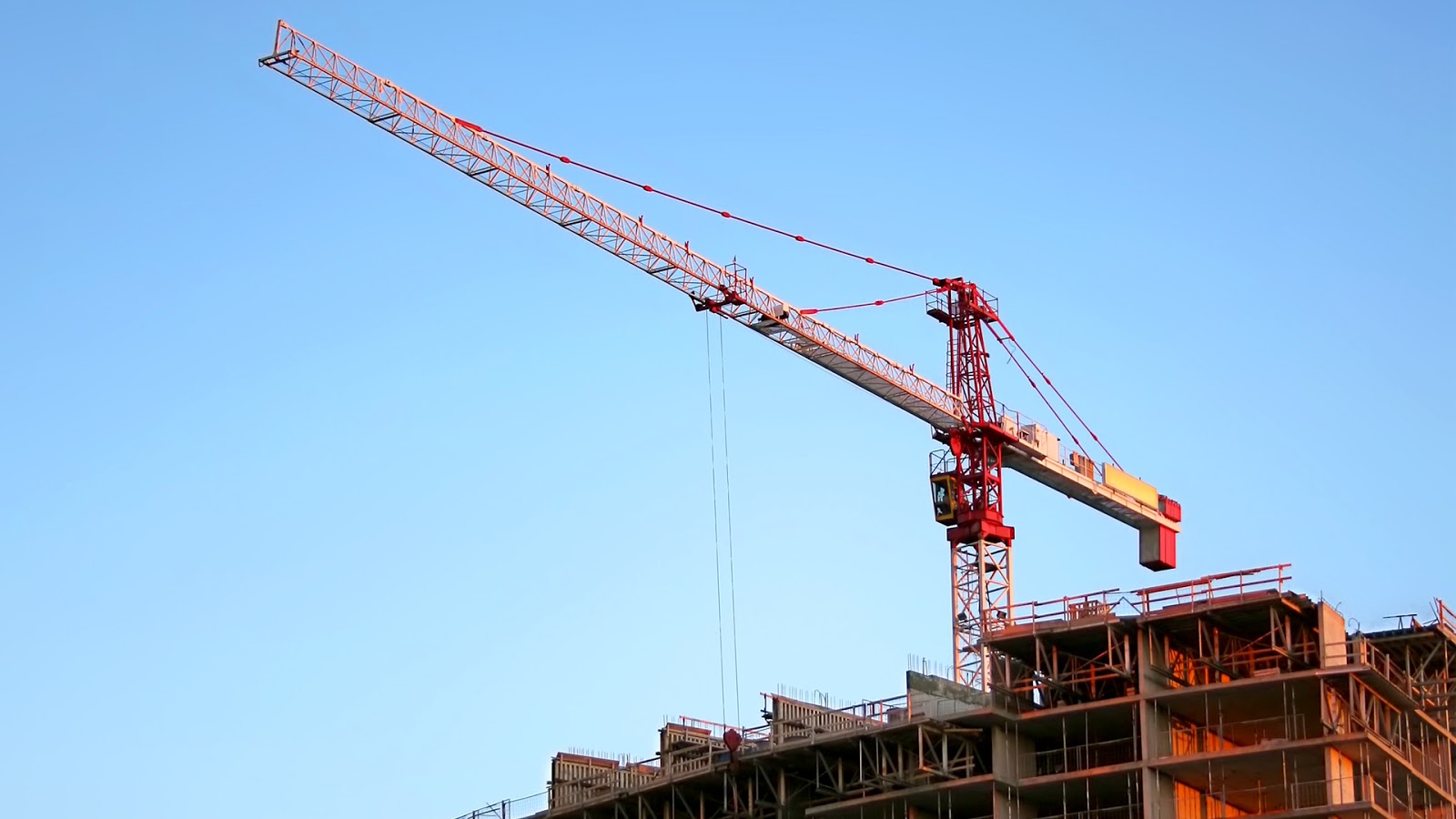 It wasn’t an easy time to find a new job, and Todd’s search eventually landed her in Chicago. Little did she know how much she’d grow to love the Midwest—and that she’d make it the place where she founded her next startup.

“When I decided to go back into entrepreneurship, it just made sense for me to grow Balodana here,” she explained. “We're building a slow fashion supply chain of international providers of custom made clothing, and it feels right to be in a city with major manufacturing history.”

That’s not all that made Todd fall in love with the Midwest, though.

“The startup scene here is not as overcrowded and competitive as the Bay Area and New York, so you can more easily find your place in the community, and it feels like you have so many people who want you to succeed. It's also got fantastic support for women,” she said. “Being a Midwesterner in part means you're not prone to hype or self-aggrandizing behavior, and that's led us to be overlooked for a very long time. We've got so many universities here and so many major industries represented, it's not surprising that we have a lot to offer in tech and innovation.”

Todd isn’t alone in her feelings about the Midwest. The Heartland is home to a fast-growing tech scene for a lot of different reasons—its affordable cost of living, ample amenities, friendly people, and more.

More and more, tech workers and entrepreneurs are starting to realize startups don’t have to live and die by major coastal cities. They can find their home in the Midwest—and, in a lot of ways, the Heartland can be an even better place to found an innovative tech company.

Curious about what the Heartland can offer you, your company, and your entrepreneurial spirit? Read on to learn why so many innovators are looking to the Midwest to found groundbreaking companies and invest in the next great wave of tech.

There’s a name people give to a lot of Midwestern states: “Flyover country.” They think there’s so little to see there, you’re better off just flying over these states on your way to bustling coastal cities like San Francisco and New York City.

We disagree. In fact, there’s another name we much prefer: The Heartland.

We think it captures a few distinct things about the Midwest: First, the amazing hearts of the people who live in these states. And second, that the Midwest literally makes up the central heart of our country.

But what’s in a name, really? There’s so much the Midwest has going for it, it doesn’t matter what you call the region.

People don’t realize how much the Midwest truly is the heart and soul of the nation. The region comprises 19 percent of the entire United States GDP. It’s also home to nearly half of all Fortune 500 companies, 60 percent of all U.S. manufacturing, and 19 percent of all patents. 25 percent of computer science graduates come from the Midwest. And it’s no wonder tech workers are fleeing the super-high costs of living in major coastal cities to head for the Midwest—it’s home to seven of the top 10 most affordable states in the nation.

That’s not all, though.

But to consider the merits of the Midwest only from an economic standpoint would be shortchanging the entire region. There’s even more to love about this area than what it has to offer financially.

Things We Love About the Heartland

Those who call the Midwest home already know there’s so much more to the region than what statistics can capture. These are just some of the reasons we (and so many others) are proud to call the Heartland our home.

While we don’t love all stereotypes about the Midwest (seriously, there’s so much more than cornfields), this one is actually true. The people who live in the Heartland are uncommonly kind, and research proves it.

A 2013 study by the University of Cambridge surveyed more than 1.5 million people to assess their personality traits. Those who came from Midwestern states were found to have “moderately high levels of extraversion, agreeableness, and conscientiousness,” by researchers. In other words, Midwesterners are outgoing, easy to get along with, and constantly thinking about how to help others out. It’s not just our opinion—it’s science.

The Weather’s Really Not that Bad

The Midwest does get a bad rap for its harsh winters, and there’s no way around the fact that they can be brutally cold, snow-filled, and long. But have you considered all the other seasons that come with living in the Heartland?

Sure, you have to get through winter. But you also get beautiful, mild spring weather. You get summers that are packed with festivals and events because no one takes nice weather for granted in the Midwest. And you get a long, warm fall that you can spend taking in the breathtaking colors of the changing leaves. Do you get that in San Francisco? No you do not.

There’s Just as Much to Do as in Big Cities

Despite that “flyover country” reputation, the Midwest offers entertainment that’s varied and high-quality.

Detroit’s theater district is the second-largest in the world—second only to New York. Chicago is well known for being the place where famous comedians like Tina Fey, Fred Willard, and Eugene Levy got their starts.

And you know the dining in the Heartland is top notch. In addition to several cities that boast Michelin-starred establishments, lesser known restaurants serve up the freshest of local fare—with all those farms around, the farm-to-table scene is a foodie’s dream.

You Want Wide Open Spaces? We Got ‘Em

For people who live in San Francisco and New York City, the dream is having ample closet space or a stoop with room for a barbeque. Not true in the Midwest, where a yard or even a home with acreage is well within grasp for many people.

While an acre of land in San Francisco will run you a staggering average of $3.2 million, in Midwestern cities, an acre costs, on average, just tens of thousands. And for those who want really wide open spaces? The Midwest is home to North Dakota, South Dakota, Nebraska, and Kansas—four of the least densely populated states in the entire nation.

One of the biggest selling points for making a move to the Midwest is the region’s affordability. According to the US News, seven of the nation’s top 10 most affordable states—Ohio, Indiana, Iowa, Michigan, Nebraska, Kansas, and Missouri—are in the Midwest.

Those who dream of owning a home or starting a family will see how much further their dollars go in a Midwestern state than a coastal big city, and that’s appealing enough. But it becomes almost irresistible when you consider that you can have that low cost of living without sacrificing much in terms of salary.

Tech Salaries Are Actually Comparable to the Coasts

OK, so average salaries for tech jobs in the Midwest are generally lower on paper than in other big tech hubs.

But, when you factor in the cost of living, average salaries in the Midwest afford tech workers more disposable income than they’d have in San Francisco or New York City. And considering how much less it costs to rent or own property in the Heartland, a smaller salary can actually deliver a greater standard of living.

We break this all down in our Midwest Tech Jobs Report, which explores average salaries for common tech jobs in some of the Midwest’s most booming cities, and compares those salaries, cost of living, quality of life, and more to San Francisco and New York City.

Investors Are Noticing the Midwest, and You Should, Too

In 2018, the Midwest had the third-highest number of venture capital deals in the country, behind only California and New York. Investors are noticing the Midwest, and you should, too.

Consider this region as the perfect home for your next startup venture. Or, if you’re a tech worker looking for endless opportunity in a great place to live, let purpose.jobs connect you with the perfect new job in the Heartland. 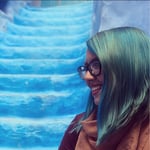 Christina Marfice is a born and raised Midwesterner who traveled the globe and came right back. She has been a journalist and freelance writer for almost ten years. In addition to her other projects, she explores startup strategies, business operations, and eCommerce topics for Optimist. She currently resides in Chicago with her two cats, Dumpling and Doughnut.