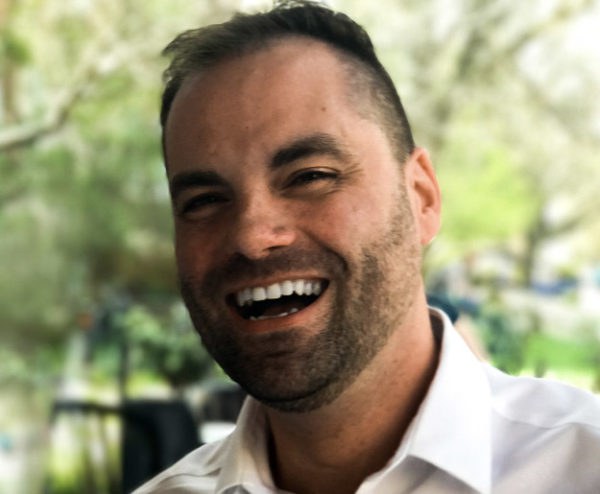 When it comes to inclusion initiatives, Daniel Young says he learned from one of the best.

Before founding Circadian Risk in Ann Arbor, Daniel worked at a private security guard company called Guardsmark. The founder, Ira Lipman, grew up during a turbulent time in Little Rock, Arkansas. He saw first-hand the discrimination at Little Rock Central High School, and that had a profound effect upon his views of tolerance and justice. When he established his own company, he would take his ideals with him. Never compromising on fairness, he founded Guardsmark and his beliefs in diversity, and inclusiveness became a part of the culture at the company.

Ira was also a pioneer in inclusivity when he added sexual orientation and gender identity into their anti-discrimination policies. This was back in the early 2000s when those kinds of protections weren’t mandated. Gay marriage wasn’t federally legalized in the U.S. until 2015, and just two weeks ago, the Supreme Court ruled that federal law protects LGBTQ+ people from being fired.

At a time when being gay wasn’t as widely accepted, Daniel felt safe at Guardsmark. He can remember an individual who was transitioning from male to female at one of their corporate accounts, and Guardsmark, unlike other companies, fully embraced her.

“I found peace working at a company like that and came out pretty early with them. My boss supported me and let me know that they were proud of me. It was a great company to work for,” Daniel said. “And it started my own belief system about what a true company culture could achieve. It was fantastic.”

This belief system would be something that he would carry with him to his own companies, years later. Because as Daniel would soon discover, this kind of inclusive environment wasn’t a given everywhere.

“The realization that corporate culture, diversity and inclusivity was not something that every company had—that was a rude awakening for me,” Daniel said.

That rude awakening happened after Daniel left Guardsmark to work in the government. It wasn’t the first time he faced discrimination in the workplace. The first was when he was fired from a position for being gay. This was during a time when there were less workplace protections for LGBTQ+ people (as mentioned before, the Supreme Court only upheld these protections two weeks ago).

And in this new position, the struggle only continued. He had to fight for health insurance for his partner, something the insurance company had no problem with. Then, he found out he wasn’t getting paid the same as the other coordinators doing the same job. He was the best at it, but he was getting paid the least. When he fought for equal pay, he was told he was too young.

“There were significant challenges being in that industry as a gay man. Women were still fighting for their own inclusiveness in the police,” Daniel said. “Now add in gay men—can gay men use the locker room? Those were the questions being asked. It was a constant battle.”

So he took matters into his own hands and started his own security consulting company. After eleven years working in services, he realized that services were the problem when it came to risk management. Threats were assessed by one person using pen and paper, and Daniel knew there was a better way to do this. He shifted directions and founded Circadian Risk.

The Ann Arbor startup helps organizations use data to assess and mitigate risks—anything from internal threats, active shooters, cyber attacks, failing security cameras. They use visual-based assessments that can place the problems on a map.

In what seems like only a natural turn of events, some of the key players at Guardsmark, Daniel’s first company, became the first investors in—and users of—Circadian Risk. Gus, the former COO of Guardsmark, jumped on board, and after two years of pressuring his previous boss at Guardsmark, Michael, to join the team, Daniel got him on board too. Michael is the CEO, and Gus is the Chairman.

“Now the three of us who used to work together are back working together again,” Daniel said.

And getting the band back together opened the door to creating the kind of groundbreaking diversity and inclusion that had helped Daniel feel like he belonged.

Inclusion in the Workplace: “This is a Relationship”

Some of the things that Circadian Risk adopted from Guardsmark, said Daniel, were its strong diversity policies on which the employees continually get to iterate and provide guidance.

“We have a strong diversity and inclusion policy as well as an open door policy. Anyone with complaints or feedback can easily voice those concerns. We make sure employees can report anything,” Daniel said.

They have continuous one-on-ones to make sure employees have a forum to discuss whatever they want to talk about, including diversity and inclusion. They have an anonymous system for reporting and use tools like Officevibe and Gusto to continuously do surveys, to understand where employee concerns and happiness levels are.

As a partially remote company with some of the team based in Ann Arbor, getting in real face time is important for the company. Of course, COVID made the team go completely remote, but they still build that sense of community with each other through virtual game nights on Fridays.

“This is a relationship,” Daniel said. “Especially when you see your coworkers more than your family. We want to continually have a supportive, inclusive relationship where we can have open communication. And if you take that philosophy of what those things are, you’ll have a really strong, positive working environment.”

For Daniel and his team, it’s about seeing your coworkers as humans, real people. Which leads to a more inclusive environment.

Part of Daniel’s work in developing this kind of environment doesn’t only have roots in the leadership at Guardsmark. His work with Michigan Pride, Inc. also laid a foundation for promoting inclusion and diversity.

While Daniel lived in East Lansing, he got heavily involved in Michigan Pride. He was the chairman for over four years, and during that time, the group made huge strides for the Pride movement. And while working with the organization, Daniel witnessed the fine line that many companies try to toe when it comes to allyship.

“There’s the ethical aspect, which a lot of companies embrace,” Daniel said. “And then there’s the political aspect.”

Many companies choose to take a stand on political issues, willing to sacrifice some customer loyalty. But this can often be performative, when companies say they show solidarity without taking any action to make an impact. On the other hand, many companies still try to toe this very fine political line, trying to support the LGBTQ+ community without losing huge market share.

“I understand that you cannot jeopardize your entire company with one advertisement,” Daniel said. “If that’s going to bankrupt you then what’s the point? You can’t be an ally if your company goes under. Companies have to find ways to continue to support the LGBTQ+ community for the long term. Not just once.”

And for Daniel, it’s the kind of environment that founders and leaders foster, this action from within, that ends up being more important than any rainbow logo that companies display throughout June.

“Embracing diversity and having strong cultural and diversity policies is more important than making a stance on social media without having that kind of company culture,” Daniel said.

Promoting diversity and inclusion in the workplace is something that every founder, CEO and startup leader needs to be thinking about, no doubt. But Daniel feels pretty optimistic about the tech industry—both for LGBTQ+ founders and tech workers.

Not only that, but the tech industry, by nature, lends itself to progressive inclusion, especially compared to the male-dominated and heterosexual-dominated policing and security industries Daniel once worked in.

“I came from a totally different world where it was very easy to discriminate. And if you were discriminated against, people didn’t care. I found in the past that a lot of law enforcement did not embrace the LGBTQ+ community, but I see huge strides forward since then,” Daniel said.

Which is why so much of the conversation around police reform right now also applies to LGBTQ+ rights.

“The tech industry is not that,” Daniel said. “Tech is supposed to be a disruptor, show inclusivity, and embrace innovation and change. And many leaders adopt those same ideas as a culture.”

With the national conversation turning to racial justice and LGBTQ+ rights (two movements that have historically been intertwined), Daniel said he thinks the most important thing is that leaders take wisdom from these events.

“Everyone is pointing fingers at the police officers right now, but I’ve been in corporate environments where the same thing was happening. So this is not just a police thing,” Daniel said. “We have to look at it as a society, all of us, and say, ‘What are we doing to improve society?’ We all need to do better. Courage comes in many facets, so we need to look at this and embrace these changes, and each other. It’s on everyone.”

If you’re wondering how to build diversity and inclusion in the workplace, take a cue from Daniel—it starts with fostering safe spaces, building relationships, and embracing change.

About Daniel R. Young, MBA, MS:
Dan is the Founder and Chief Innovation Officer at Circadian Risk. He’s been a security and risk advisor for more than 10 years, and is passionate about helping companies to better understand their risks to undesirable events on a daily basis. Dan previously served as the Regional Bioterrorism Coordinator for District 1 in Michigan, where he was instrumental in preparing communities for catastrophic incidents. He has also acted as the Private Security Liaison for the City of Lansing’s Critical Infrastructure Team, which identified and documented deficiencies in the city’s critical infrastructure. Dan earned Bachelor of Arts and Master of Science degrees in Criminal Justice with a specialization in Security Management at Michigan State University. He also earned a Master of Business Administration in Entrepreneurship from Trident University. Dan is the cofounder of www.do1thing.us, a non-profit organization that helps individuals and families prepare for a disaster.