Culture contribution: why we no longer say ‘culture fit’ 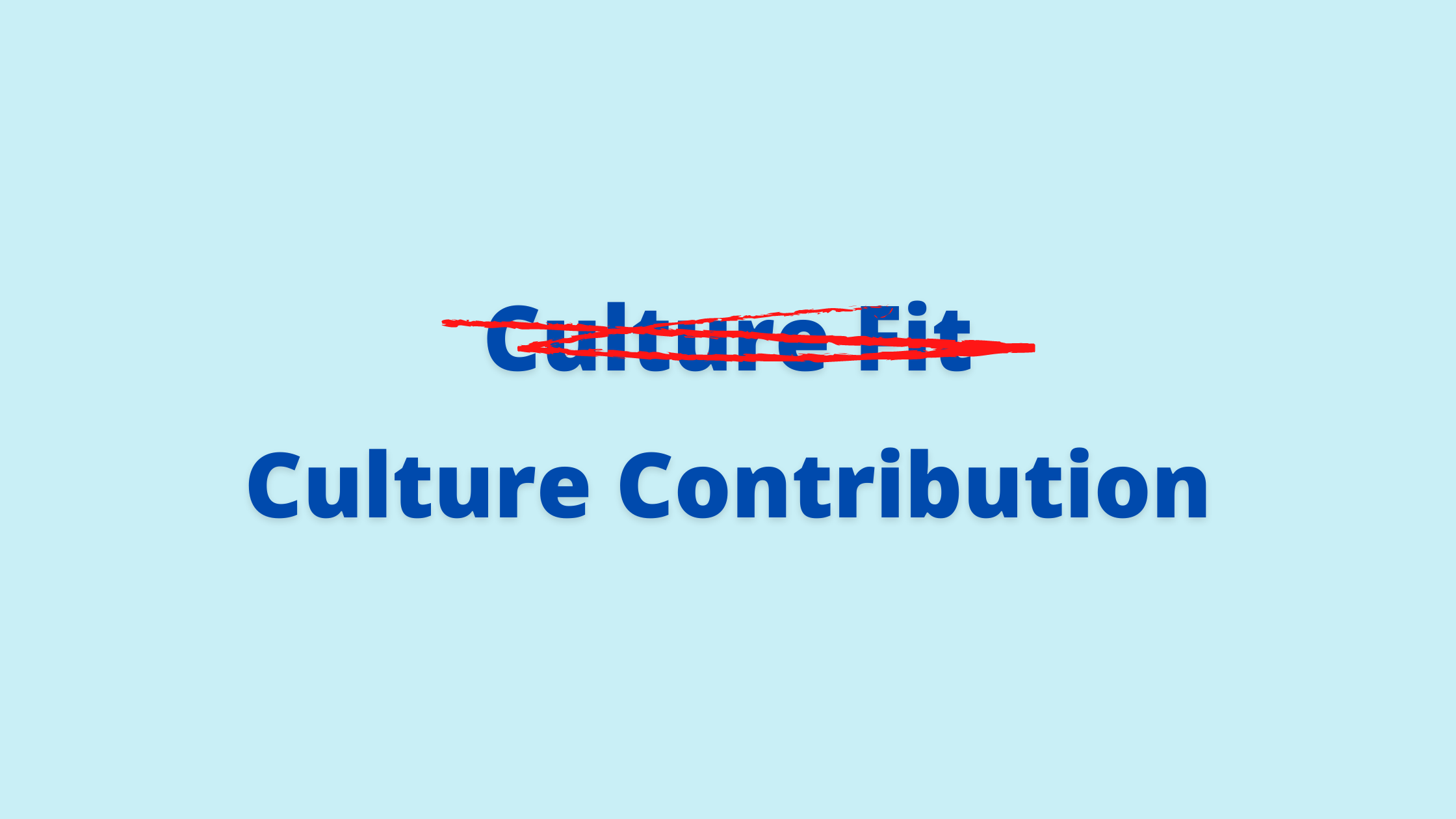 We’ll be the first to say that we are always learning. That’s what we do at startups—we listen, learn, think, embrace new ideas, and make changes.

And we learned something really important recently, so I wanted to tell you about a change we’re making.

Back in June, we hosted a Diversity and Inclusion Panel via Zoom. I hope you joined us for it and learned a few things. (If you’re like us, you might have even learned a lot!) If you missed it, you can read all the insights and tips from the panelists here. But if you were there, do you remember hearing Kendra Mitchell from Duo Security talk about “culture fit”? It’s something that stuck with us.

“Be extremely suspicious of anyone who talks about ‘culture fit,’” Kendra said. “‘Culture fit’ is a reinforcer of homogeneity and bias.”

“Culture fit” is something purpose.jobs has talked about. A lot. We love talking about culture and values—it’s the whole premise of our matchmaking ways.

At purpose.jobs, when we talk about culture, we’re talking about values seen in action. It’s about learning, collaborating, feeling like you’re with a company that will help you grow and express your own unique and innovative ideas. We think of it in similar ways that Kendra expressed:

“At Duo, we think of cultural contributions in light of culture being something that’s living and breathing. It’s something that becomes richer, more nuanced, and complex as we all contribute to it and make it better and grow from it,” she said.

That’s why we’re changing our verbiage to “culture contribution.” Not just to distance ourselves from a term that has been used to reinforce homogeneity and bias. But because it also better describes what we do.

As we continue to discuss ways in which we can promote diversity and inclusion in the workplace and build environments of belonging, it’s important to recognize that the language we were using was problematic. Homogeneity has been used as a tool to erase BIPOC voices for centuries. It “others” people and groups, suggesting that what they think and do and who they are is wrong. And it causes systemic barriers to opportunities, freedom and joy. It also never moves anything forward. Where would we all be if we all thought the same thing?

This is not something that we promote.

We talk a lot about diversity of thought here at purpose.jobs. We recognize that diversity comes in the forms of race, sexual orientation, background, experience, and more. And when you include people who belong to groups that you don’t belong to, you’ll also get diversity of thought. This helps add to a culture, to build upon it, and help it evolve. Because it’s not about fitting in. It’s about being embraced as who you are.

That’s the kind of culture we want to be talking about.

For more resources on diversity and inclusion, keep reading:

If you’re making changes at your company based on what you learned at the Diversity and Inclusion Panel, shoot us a note. We’d love to hear about it.