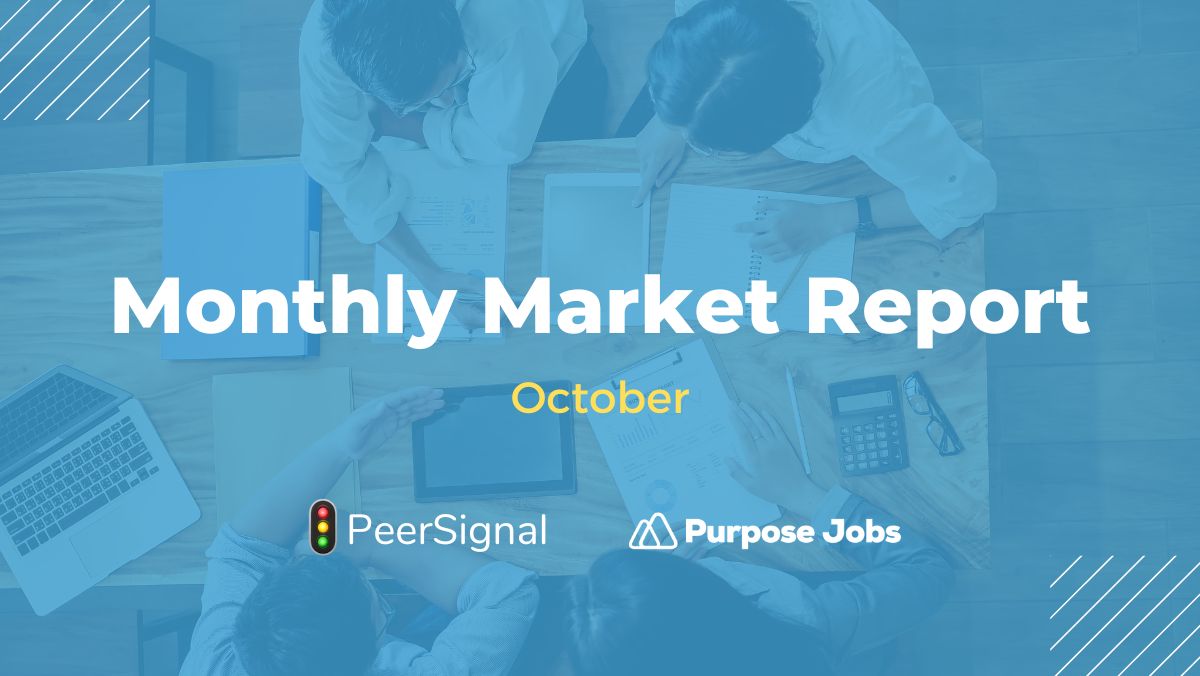 2021 was crazy. For startups all over the country, it seemed like everything was just go go go. Venture capital funding was at a record high, companies were hiring like mad, and the startup and tech industry was like a rocket ship.

But let’s take a step back for a moment.

Despite the headlines and media attention around cuts, layoffs, closures, if you look at the data from the last 6 months all together, it might not be what you think.

We're back with more data from PeerSignal, a research firm tracking hiring growth at B2B tech companies. Let's dive in.

By the way, if you're looking for more hiring companies and regular job hunting resources, be sure to check out our Weekly Job Digest.

It might be hard to believe, but just look at these numbers! There has not been a single month since April that aggregate headcount decreased. The headlines might have you thinking otherwise.

Overall, there’s been a 12% increase in total headcount at B2B tech companies from April to September. That’s quite a few net new jobs!

Yes, 33% have fewer open roles in September compared to April, but they still have open roles. And 24% of the company actually grew 20% or more since April. Something to think about the next time you see a debbie downer headline.

"2021 was insane for SaaS. But there are plenty of companies surviving and thriving in 2022. The next Figma or Mailchimp or Snowflake is still being built somewhere," said Adam Schoenfeld, Co-Founder and Analyst at PeerSignal.

A Look at the VC Slow Down

According to Crunchbase's Q3 funding report, venture activity this past quarter, which totaled $81 billion, was the lowest quarterly funding amount since the first quarter of 2020, with $70.6 billion in venture funding.

The venture slow down continued across the board for companies at all deal stages.

So who raised money?

Throughout the month of September, startups and tech companies — including those in the Midwest — continued to raise money. Here's recap of funding rounds from across the region.