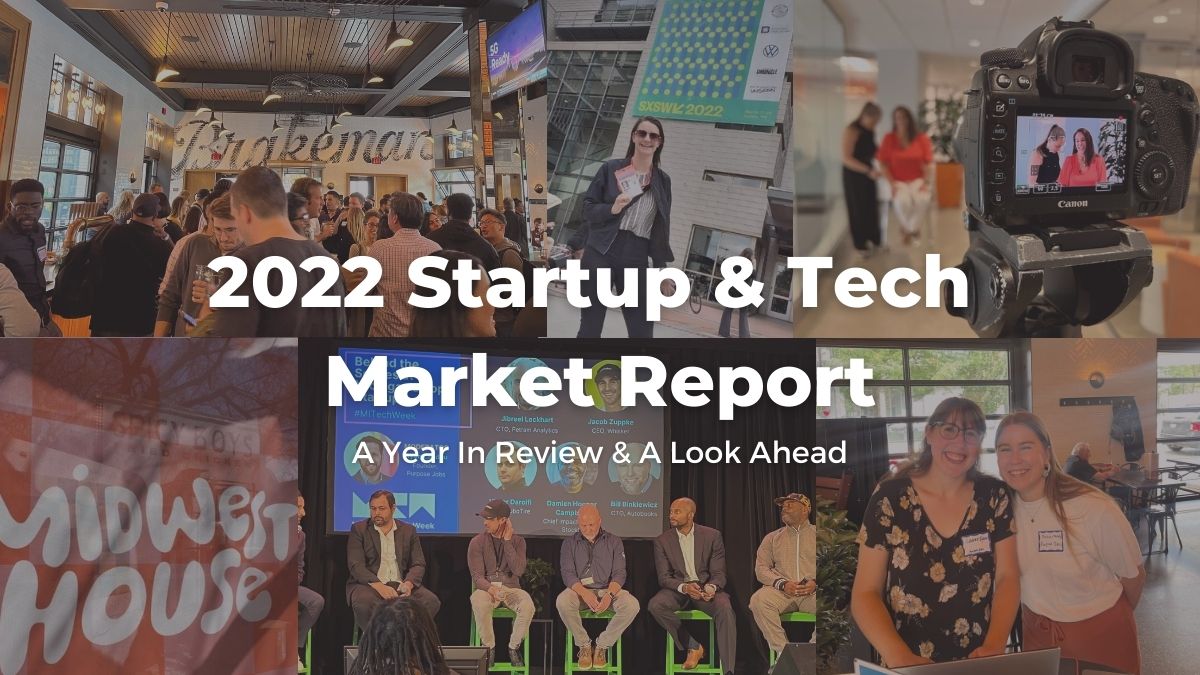 There’s no doubt this year has had its ups and downs. Making national headlines were the slew of layoffs across the board at major tech companies like Amazon, Meta, and Netflix. While the Midwest hasn’t been totally immune to layoffs and rollbacks, it’s faring better than the coasts.

Because the Midwest has a more limited access to venture capital (though access has been increasing over the last few years), many startups aren’t as reliant on venture fundraising as they are in Silicon Valley. Midwest startups by default reach profitability sooner or are bootstrapped from the get go. So when VC dollars run dry, these companies don’t have to make such drastic cuts. They’ve been sustainably scaling from the start.

According to Crunchbases’s layoff tracker, only about 7% of layoffs are happening at Midwest-based tech companies.

So what does that mean?

1. It means startups in the Midwest are generally pretty healthy.

2. While startups on the coasts will continue to struggle in 2023, Midwest tech companies will have a stronger footing as the economy continues to stumble.

3. There are still a lot of opportunities in the Midwest.

Let’s take a look at some of the big wins this year.

A Mighty Comeback for In-Person Events

We missed gathering! And that was clear by the mighty return of in-person events.

The Midwest descended upon Austin, Texas strong at the South By Southwest conference in March, 2022. Ted Velie’s Midwest House was a home away from home for the week, welcoming entrepreneurs, founders, innovators, community builders and job seekers.

The Startup Detroit Happy Hour came back in full swing, hosting monthly gatherings at The Brakeman in Downtown Detroit. Our team hosted this event with our friends at Detroit Venture Partners, Bamboo, and Shine + Rise. It was always one of the highlights of our month, and we’ll be back in January for more! 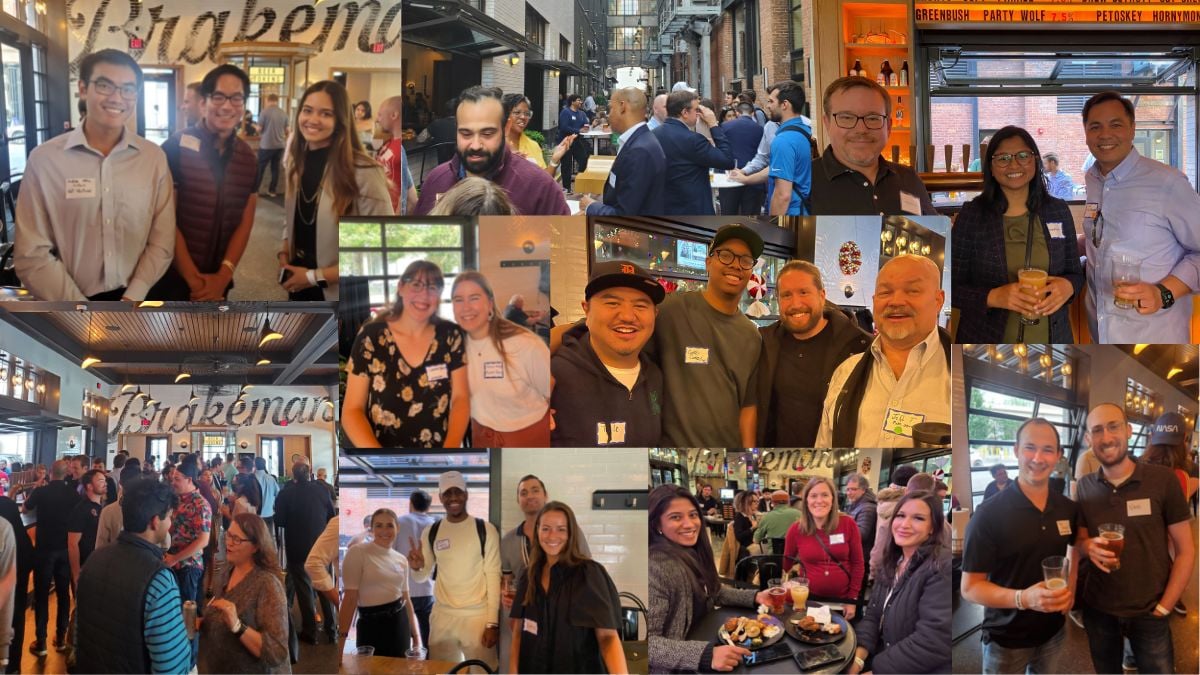 The first ever Michigan Tech Week kicked off in Detroit in October 2022, thanks to the amazing work of Trista Van Tine and the Michigan Founders Fund along with so many others. The two-day conference held at the Gem Theatre hosted engaging panels (like this one that went behind the scenes with Michigan’s tech leaders), networking events, and brought together the startup and tech community throughout the entire state. 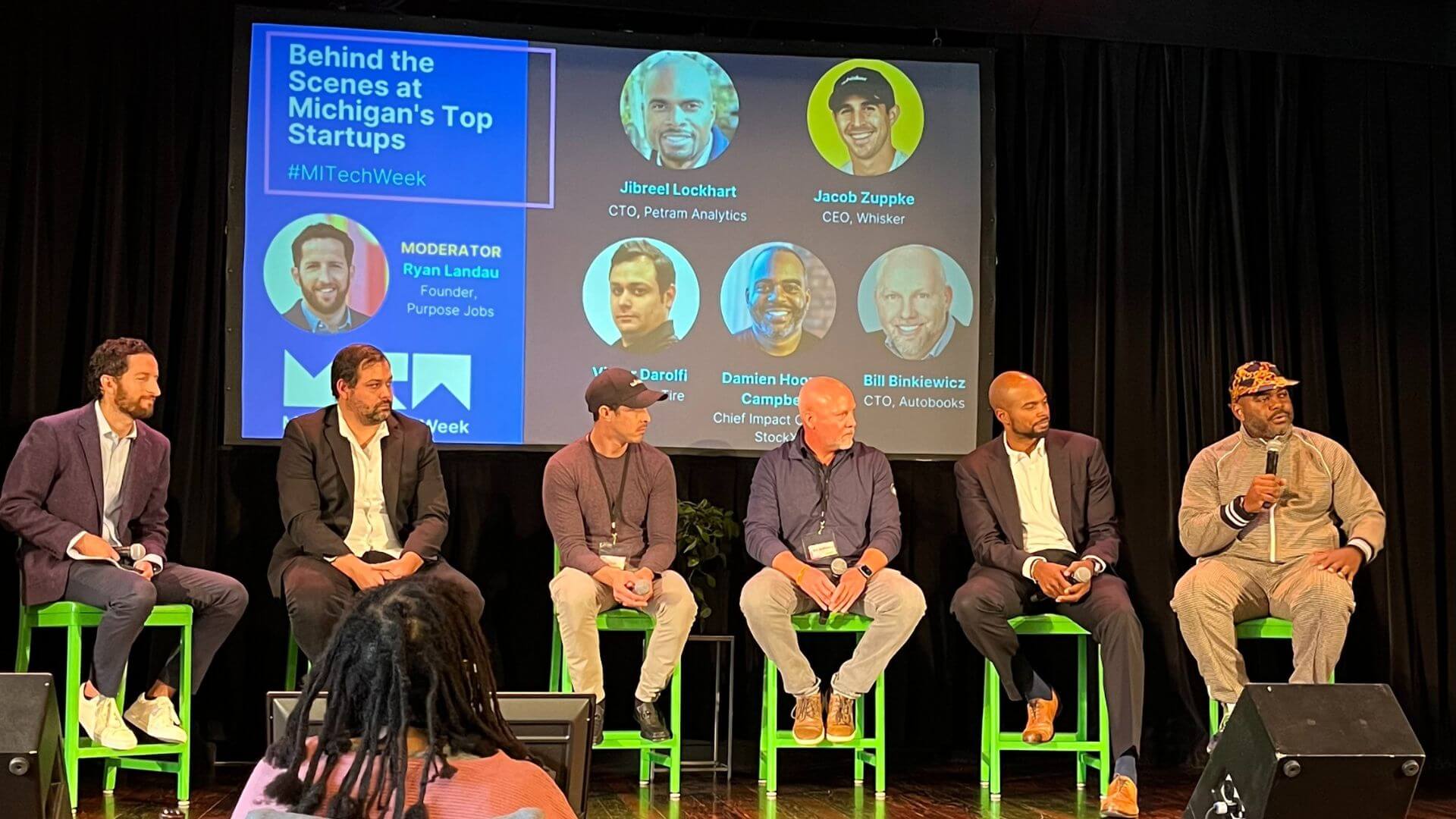 We also hosted our first in-person events in Columbus this year! Our Summer Social hosted with our good friends at Aware brought together nearly 150 folks from the Columbus startup and tech community. Networking, catching up, meeting new people — it was a blast. 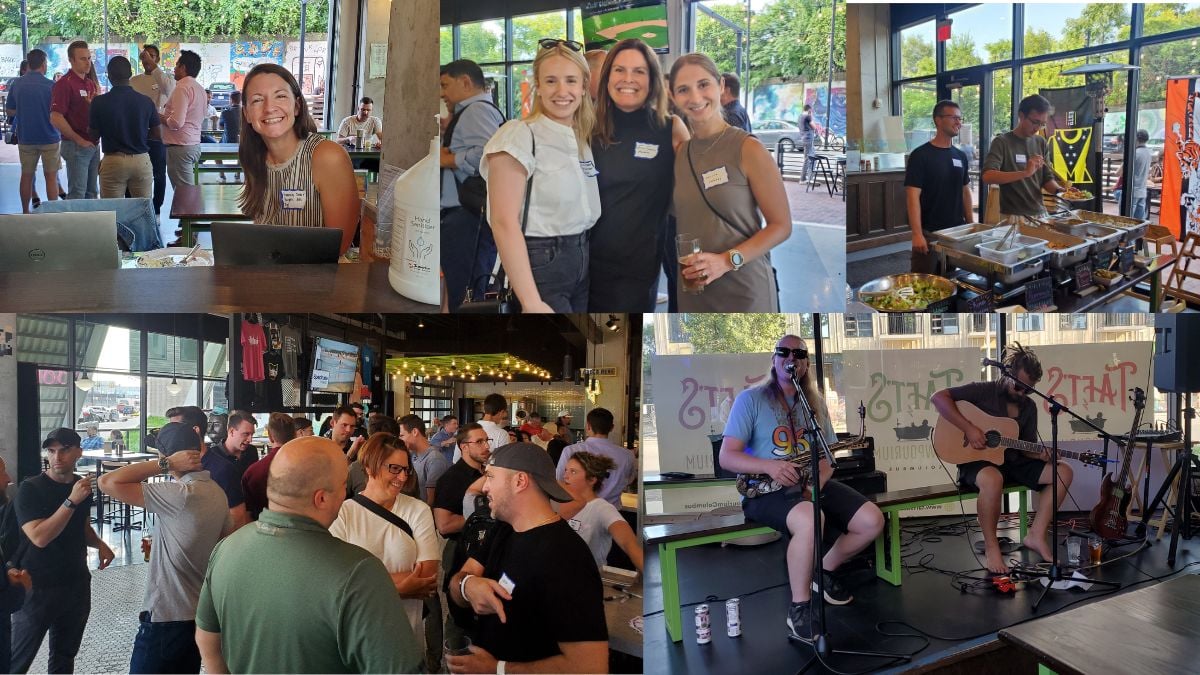 We had so much fun that we hosted another event together in November! Stay tuned for more Columbus happy hours next year!

2022 Funding by the Numbers

The year started out strong with big venture capital raises, but the numbers were still down 11% from Q4 of 2021. The year continued to trend downward, with Q3 bringing in a 50% decrease in startup funding year over year.

In the Midwest, we saw funding rounds up in the billions for tech companies in Chicago, Metro Detroit and Ohio. While not all rounds were bringing in astronomical amounts of money, there were about 1,131 funding rounds in venture capital, private equity and angel investments in Midwest-based startups and tech companies, according to Crunchbase data.

On the flip side, we also saw a positive impact from the investor perspective. Rev1’s impact report showed that the startup studio surpassed $4 billion in economic impact.

Economists and venture capitalists are predicting that 2023 will continue to bring a slowdown (and decrease in dollar amount) to startup funding, but many Midwest startups are still poised for growth.

Maybe you’ve seen this chart floating around your LinkedIn feed. It visually shows the number of tech layoffs over the year, and November 2022 is way up there, about two times higher than any other month this year. Over 150,000 tech workers have been laid off so far in 2022.

But here’s the deal. The majority of these layoffs are happening at Big Tech companies — yes, “Big Tech.”

Startups (though they did also see the worst reductions in November) are in fact different from Big Tech. There are many startup companies still investing in growth and aggressively hiring.

Our good friend Adam Schoenfeld, Co-Founder and Analyst at PeerSignal, has been tracking hiring and layoffs all year to get a better picture of what’s going on at B2B SaaS companies.

And for those who have been laid off, 72% of them are finding jobs within 3 months, often landing higher-paying roles. Now, that’s not to say everyone has been that successful. Sales and engineering roles have seen the highest bounce back — marketing and HR have been more difficult.

One thing is for sure though, remote jobs are king…

This year, as pandemic restrictions lifted and many grew tired of working from meager home offices, many companies brought workers back to the office for hybrid work, if not full time in the office.

RocketReach has remained remote-first with office hubs for those who want to be close to and come into an office.

The widespread “Return to Office,” or RTO, movement didn’t go over as well as some companies had hoped.

Apple, for example, in its latest push to bring workers back to the office, was met with a petition with more than 1,000 signatures. The employees argued that they were more productive working for home and should be allowed to continue having workplace flexibility.

Tesla also tried to bring workers back to the office. Elon Musk threatened to terminate employees who refused to come back. But when they did get back in office, there weren’t enough parking spaces or desks to accommodate all of the pandemic-era hires. The WiFi wasn’t strong enough to support their work, and management told employees to continue working from home.

Growth issues aside, the data continue to show that people want to work remotely, or at least have the option to. Of course, remote work isn’t everybody’s cup of tea. Some people really thrive in an office, and that’s okay. But for companies with a hard and fast line on returning to the office, it’s more challenging to attract — and retain — top talent.

Even though remote job postings have shrunk from 25% to 14% post-pandemic, the smaller pool of remote jobs are drawing 52% of the applications, according to LinkedIn.

At Purpose Jobs, we’re still seeing enormous demand for remote work. Over 90% of the job seekers in our community are open to or prefer remote work.

A look ahead at the Midwest startup & tech community in 2023

So what’s in store next year for the Midwest startup and tech ecosystem? Here are some predictions we have for the community.

But it’s also key for startups to double down on more meaningful benefits like scheduling flexibility, health and wellness. Companies that meet candidates (and current employees) where they are will find the most success.

2. VC dollars may be slow, but Midwest startups will continue to grow.

Midwest startups are less reliant on VC investments to begin with. 2023 will be all about steady and sustainable growth. You can expect to see continued job postings from Midwest startups, but they may not be in such high numbers that we saw in 2021.

With Intel breaking ground on its $20 billion investment in central Ohio, Detroit increasingly becoming a hub for EV development, and Pittsburgh continuing to be leaders in AI and robotics, the Midwest is on track to become the #1 place to be for tech innovations: semiconductors, autonomous vehicles, electric vehicles, robotic welding, and everything in between. The manufacturing of old that has been synonymous with the Midwest for a century is now entering into a new era of high tech innovation.

4. Community will be all the more important.

Community is always our number one priority, but as things get challenging and the startup and tech ecosystem continues to grow, community will be all the more important.  The strength of our community determines the strength of our ecosystem. Expanding networks, attending in-person and virtual events, finding new opportunities, making new friends . . . all of that will play a big role in the growth of the Midwest startup and tech ecosystem in 2023.

What are you looking forward to next year?

Join the Purpose Community on Slack to stay connected.